Translated from Tibetan by Donatella Rossi

This summa of Chögyal Namkhai Norbu’s researches is dedicated first and foremost to his fellow countrymen and women and to Tibetan youth in particular. The text was originally conceived as a set of university lectures that Chögyal Namkhai Norbu was invited to give at the University of Nationalities in Beijing  in 1988, forming a first abridged version of The Light of Kailash subsequently enlarged by the author after further research; the manuscript through meticulous selection and a critical use and analysis of a vast array of literary and frequently unpublished sources became a work of 1,900 pages divided in three volumes.

The second volume, “The History of the Intermediate Period: Tibet and Zhang Zhung,” is focused upon human generations, the Bonpo lineages, the spread of Bon during the lifetimes of the first Tibetan monarchs, the dynasties, written language, and civilization of ancient Tibet, as well as upon the reigns of specific kings, the Bon religion, and Bonpo religious figures (Dran-pa Nam-mkha’ in particular) of Zhang Zhung during that period.

The third volume, The History of the Later Period, is concerned with an assessment of the genealogies, Bönpo lineages, royal dynasties (from the first monarch gNya’-khri bTsan-po until the forty-fifth monarch Khri-dar-ma ’U-dum- btsan), language, and civilization of Tibet.

This amazing trilogy, aptly named The Light of Kailash, offers an open, daring, holistic, unbiased approach to the study of the cultural and spiritual heritage of Tibet and to the understanding of the origin of this fascinating and endangered civilization.

3. The Suppression of Bon by the Dharmarāja Khri-srong 1. The Royal Lineages from King gNya’-khri bTsan-po to the 2.1. Queens and Children of the Dharmarāja Srong-btsan 4. The Thirty-seventh Ruler of Tibet: Khri Mang-srong Iv. Identifying the Written Language of Tibet 1. Did Thon-mi Sam-bho-ṭa Create the Written Tibetan 2. Zhang Zhung Cultural Influence and the Political Status 1. Characteristics of the Tibetan Civilization after the Introduction and Integration of Indian

Without the satisfactory completion of all the above questions, Shang Shung Publications is not authorized by the translators to sell this book, nor are we authorized to discuss or negotiate this issue with potential customers. If you would like to discuss these requirements, please write to the translators. They can be reached at shop@shangshungpublications.com 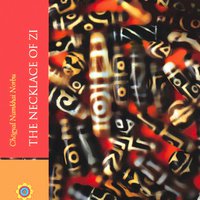 The Necklace of Zi

The Light of Kailash, Volume One 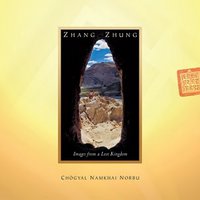 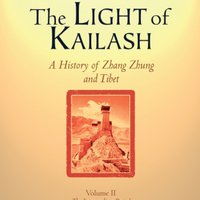 The Light of Kailash, Volume Two